Women who are stronger than any demon.

Barbara is funny, full of business savvy and she’s a woman who believes in herself. So how did a straight ‘D’ student become a successful entrepreneur? I’ll tell you how. She’s polished! And she’s a shark. No a real shark. On the hit show, Shark Tank. When Barbara called the producer and made her pitch to be on the show, they told her they already had a female. Barbara’s reply, “Why not two?” The next day she flew out to meet the producers. Of course, they fell in love with her. And so did we. Barbara knows what sets a good entrepreneur from the pack. “They may not be really high IQ people, but they’re extremely good at taking a hit.” But she didn’t get her start in the shark tank.

Barbara made a name for herself all on her own. 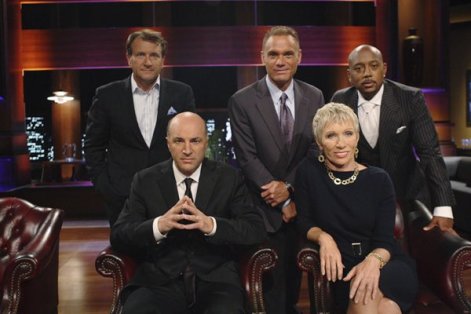 In my house, I control the remote whenever Shark Tank is on. As a writer, I can relate to the entrepreneurs. Like me, they have an idea, hope in their hearts, a dream and desire to share. For every question asked, I silently answer as if they are speaking to me. Almost nightly, I say, the title represents how the protagonist feels. The ending makes it unique. I always end up saying, “Oh, yeah! I know how to take a hit.”

In addition to being a businessperson, speaker, wife and mother, Barbara’s a writer. In her latest book, Shark Tales, she shares her own story of success. After failing at twenty-two jobs, she decided to try her hand at something new. Real Estate. She started a small real estate company in New York City. How? By using the unconventional lessons she learned from her homemaker momma. Barbara turned one-thousand dollars into a billion dollar business. Guts…oh, yeah, she has guts. One day, she contacted every person she knew who wrote for the New York Times, two weeks later one of them wrote an article stating, “according to The Corcoran Group…” and from that moment on, Barbara was an overnight success and she had credibility.

Today, Barbara has the power, contacts and tenacity to make your dreams come true. She says good posture makes you feel personally powerful, confident and connected. So stand tall, tuck your tummy in, keep your knees flexible and let your arms hang naturally down the sides of your body. And keep your head up! Become the most impressive person in the room, every time. Maintain eye contact. Look the part. And always use clear communication. She can be tough on you one minute and tender the next. “You can never take back or re-do those first few seconds.” I think she’s strong. No wait, she’s stronger! And for that reason, she remains a woman we all should emanate. Be more like Barbara! Believe in yourself and dream with your eyes wide open.

Barbara taught me to be successful, you have to work hard, stay focused and never give up! Thanks, Barbara.

One thought on “Aggressive Player”